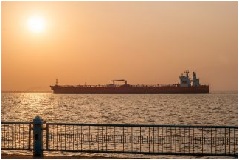 Following the liquidation of Navios Europe I, Monaco-based tanker owner and operator Navios Maritime Acquisition Corporation has taken delivery of five product tankers. The ships in question are MR1 chemical/product tankers Perseus N, Star N and Hector N. The first two units were built at Hyundai Mipo Yard in South Korea in 2009 and 2008, respectively, and the third at China’s CSSC OME in 2008. In addition, Navios Acquisition accepted delivery of two LR1 tankers, Aurora N and Lumen N, both of them constructed at STX Offshore in South Korea in 2008. Navios Acquisition paid USD 81.8 million for the ship quintet that has a combined deadweight tonnage of 239,632 tons. Specifically, the acquisition was financed through USD 32.5 million of bank financing, about USD 33 million receivables due from Navios Europe I and cash from balance sheet. The delivery follows an agreement reached in November 2019 to liquidate Navios Europe I, a company formed a few years ago to manage portfolios of vessels owned by HSH Nordbank.(Credits: worldmaritimenews.com)