2 Ships Fail to Comply with IMO 2020 in Chinese Waters 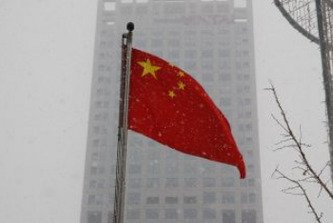 Since the beginning of January 2020, the Chinese Maritime Safety Administration(MSA) has found two ships in Chinese waters to be in breach of new sulphur regulations as they were using non-compliant fuel, the Standard P I club said. Asinformed, the first ship was under a port state in Qingdao China when MSA verified the use of fuel oil with a sulphur content of .6777% mm. The second ship was berthed in Xiamen when the MSA found that it was burning non-compliant fuel. The ship had been at berth nearly six days after changing over to compliant fuel. “However, it is likely that previous high sulphur fuel residue remained in the engine fuel system resulting in emissions over the China ECA limit.The ship was ordered to take effective measures to purify the fuel system,” the club said. It is not clear yet whether the MSA will fine the ships for the breaches.According to the Chinese implementation plan of IMO 2020, the MSA will handle infractions in accordance with China’s Atmospheric Pollution Prevention and Control Law. Article 106 of this law provides that ships can be fined no less than RMB10,000 (approximately USD 1,445) but no more than USD 14,400. As of January 1, 2020, ships sailing in Chinese inland waterways are required to use fuel with less than 0.1 percent sulphur content, while ships in the Hainan waters within emission control areas and other waters are required to cut their sulphur to 0.5 percent. Furthermore, ships are prohibited to discharge water from open-loop scrubbers in China emission control areas. International ships entering waters under the jurisdiction of China are prohibited to carry non-compliant fuel oil onboard. From March 1, 2020, onward, a foreign ship carrying non-compliant fuel oil in the Chinese waters may be required to discharge the non-compliant fuel oil, and if permitted by the MSA of calling port, to retain the non-compliant fuel oil on board with a commitment letter stating it will not be used in waters under the jurisdiction of China.
(Credits: worldmaritimenews.com)