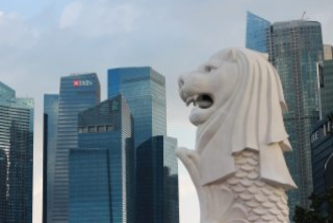 Singapore’s Police Coast Guard (PCG) has arrested eleven men, aged between 31 and 52, for their suspected involvement in an illegal transaction of marine gas oil (MGO).The joint operation with theMaritime and Port Authority of Singapore(MPA)was carried out on
October 30, 2019. As informed, the PCG arrested six crew members of a craft belonging to a marine service provider and another five crewmen of a foreign-registered tugboat for the illegal transaction of MGO at the sea off Northern Tuas. Preliminary investigations revealed that the crew members of the marine service provider’s craft misappropriated the MGO and sold it to the crew members of the foreign-registered tugboat. The tugboat was seized for investigations.The six seafarers of the craft owned by the marine service provider will be charged in court with criminal breach of trust as servant and the five tugboat workers willbe charged in court with dishonestly receiving stolen propertyon November 1,2019.According toSingapore’s law,anyone convicted for criminal breach of trust as servant shall be punished,with an imprisonment term which may extend to fifteen years and shall also be liable to a fine. In addition, anyone convicted for dishonestly receiving stolen property shall be punished with an imprisonment term that may extend to five years, or with fine, or with both.
(Credits: worldmaritimenews.com)