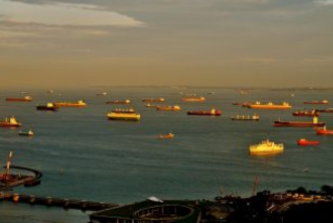 US-based Hudson Shipping Lines will not employ vessels with scrubbers to comply with the IMO 2020 sulphur cap that comes into force on January 1, 2020. The company said it would instead exclusively burn fuels that comply with the regulations.“We have thoroughly investigated the use and operation of exhaust gasscrubbers and have found that they simply transfer the pollution produced by vessels from the air to the ocean,” Avi Eilon, company president, stated. Eilon also noted that the use of these scrubbers to allow vessels to continue to burn the dirtiest forms of fuel, high-sulphur fuel oils, “violates the spirit and intention of the IMO’s new fuel regulations.” “These new regulations give our industry a chance to improve its impact on the environment, and Hudson is going to be a leader for the industry in moving to cleaner burning fuels.” Additionally, Hudson said it is looking to join and support organizations that promote the use of sulphur cap-compliant fuels and encourage ship owners to move away from ocean-polluting scrubber technologies. The company’s statement coincided with the release of a Dutch studythat said scrubber wash water pollution was at levels well below applicableregulatory limits, confirming an earlier study from Japan, which noted that open-loop scrubbers did not present a significant threat to the marine environment.Hudson is not isolated in its scrubber stance, however, as ports in China and Ireland have started to implement a ban on wash water discharge, while bunkering hubs Singapore and Fujairah have announced plans to do the same starting from January1, 2020, when the sulphur cap rule comes into force.