NGO Shipbreaking Platform is calling on the European Union to investigate incidents that claimed two lives at Turkish ship recycling yards that are included in the EU List of approved ship recycling facilities. According to the NGO, on 3 October 2020, a worker lost his life during the scrapping of two Transocean offshore rigs at Isiksan yard. A handrail broke and fell, hitting the worker at the ba..readmore

The majority of the world’s 4,900 ports are not yet using digital technology for even the most basic processes, Innovez One, a Singapore-based provider of smart-tech and AI solutions for the maritime sector, said. As explained, 80 per cent of ports continue to rely on manual, legacy solutions such as whiteboards or spreadsheets to manage critical marine services such as towage, pilotage and laun..readmore

German liner company Hapag-Lloyd has concluded two green financial deals worth a total of $889 million. The financing will be used for six ultra-large 23,500 TEU container ships, which were ordered in December 2020. The company said that the two deals include debut transactions according to the Green Loan Principles of the Loan Market Association (LMA). The syndicated green loan worth $417 million..readmore

A number of shipping, maritime & technology professionals from several innovation-focused companies have agreed to join the Eco Marine Power Research Institute advisory group, Japan-based technology company Eco Marine Power (EMP) said. As informed, the group will focus on the exchange of ideas and solutions related to energy transition and shipping. It will also help guide further research into to..readmore

Sonihull, the UK-based provider of environmentally friendly anti-fouling systems, has signed an agreement with Norwegian maritime technology group Kongsberg Maritime to be its sole-supplier of ultrasonic antifouling systems. “This agreement is a significant achievement in the current climate,” Darren A. Rowlands, CEO of Sonihull, said. “As the maritime industry faces the challenges of a low ..readmore

BAE Systems, a British arms, security, and aerospace company, has been selected by naval architectural consultancy Chartwell Marine to supply the electric hybrid power and propulsion system for a new maritime research vessel for the University of Vermont (UVM). As part of the contract, BAE Systems will supply and integrate the hybrid system, working with the vessel’s builder, Derecktor Shipyard...readmore

K Line has been so far storing operational data collected from several vessels equipped with Kawasaki Integrated Maritime Solutions to IoS-OP. The company has now agreed to expand the sharing for its owned fleet of about 140 vessels. Though the development of information and communication technology has made it possible to collect large and various data from ships in operation, approaches for data..readmore

A surge in demand for goods like furniture and exercise equipment from locked-down consumers has sparked a jump in shipping rates, boosting profits for Danish freight giant Maersk, the company said on Wednesday. Yet shares in the world’s largest container shipping line fell as much as 8% as it missed analysts’ lofty forecasts for the end of last year and gave more cautious guidance for 2021 th..readmore

Jotun’s Hull Skater to be used by HHI

South Korean majors Hyundai Heavy Industries (HHI), which controls about 10% of the global newbuild market, and container shipping major HMM have committed to utilizing Jotun’s Hull Skating Solutions (HSS) on a series of newbuilds. The HullSkater is a remotely operated robot that stays with the vessel at all times. The robot is lodged in a custom housing on deck when not in use, roaming the vess..readmore

Mooney is the next President of Irving Shipbuilding

Kevin Mooney has been appointed as President of Irving Shipbuilding, succeeding Kevin McCoy who will retire, the Canadian shipbuilder announced. Mooney joined Irving Shipbuilding this past August as Chief Operating Officer. He previously worked at the General Dynamics NASSCO Shipyard in San Diego, Calif. where he held senior positions in Operations, Programs and Supply Chain Management. Prior to w..readmore

Offshore drilling contractor Stena Drilling has entered into a strategic framework agreement for decarbonisation exploration with the UK-based dCarbonX to support the development of offshore “geoenergy” resources. Both parties are interested in offshore decarbonisation exploration drilling as a new, innovative, and sustainable enabler of the energy transition, Stena Drilling explained in a sta..readmore

Iranian authorities have released the crew of Hankuk Chemi, a South Korean tanker seized due to “environmental pollution” off Oman a month ago.

In what Iran describes to be “a humanitarian move”, the country told seafarers they are allowed to leave. However, the 17,400 dwt vessel and its Master remain in detention, according to data provided by VesselsValue. “Following the South Korean government’s request and through the good offices of the … [Iranian] Judiciary in accordance with judicial regulations, crew members of the South..readmore

BP has made it to offshore wind officially

BP and Equinor have closed the transaction for BP’s acquisition of a 50 per cent interest in the Empire Wind and Beacon Wind projects off the U.S. east coast. The closing of the transaction marks BP’s official entry into offshore wind. Equinor and BP announced in September 2020 that BP was buying 50 per cent non-operated interests in Empire Wind and Beacon Wind and that they were establishing ..readmore

TT informed through a brief social media update that it has reached the sixth layer of outer concrete wall on two 220,000-cbm land storage tanks being built for Beijing Gas in cooperation with Huanqiu Contracting & Engineering (HQC). The membrane full containment tanks feature the GST technology developed by the French company. City gas distributor Beijing Gas, a unit of BEG, is building a 5 milli..readmore 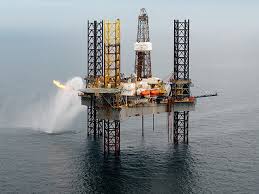 Oil and gas company Dana Petroleum is abandoning a gas project located in the UK sector of the North Sea. A spokesperson for Dana Petroleum confirmed to Offshore Energy on Tuesday that, after careful consideration, the company has decided to withdraw from the Platypus project development and the P1242 licence. The spokesperson said that the decision is a result of a recent review of the Platypus p..readmore

Norwegian energy major Equinor, in collaboration with Saipem company Moss Maritime, plans to build and test a pilot floating solar plant off Frøya in Norway in the late summer of 2021. The project is set to become the world’s first pilot plant for floating solar power in rough waters, according to Equinor. The company has filed an application with the Norwegian Water Resources and Energy Direct..readmore

Plymouth Uni gets over £1 million for floating wind test facility

The University of Plymouth has secured more than £1 million to create a facility for testing new innovations in floating offshore wind technology. This first-of-its-kind facility in the UK will enable physical modeling experiments with wind, wave and currents simultaneously. Data generated in the experiments will enable researchers to improve their understanding of how future technology advances ..readmore

Floating Power Plant (FPP) and partners Lundin Energy Norway, NOV-APL, Semco Maritime, Cefront Technologies and Aalborg University have completed a project aimed at using floating wind and wave power to support an offshore oil and gas facility. According to FPP, the project shows that using renewable energy can help the oil and gas industry reduce emissions while getting a stable, high quality pow..readmore

Adoption is the process by which the law permits the creation of a parent-child relationship which did not previously exist. When you adopt a child, Lawyers near me law recognizes the child as the equivalent of your biological offspring. The adopted child has the same rights of inheritance as a biological child, and adoptive parents have the same duty to provide financial support for an adopted child as they have for their biological children.