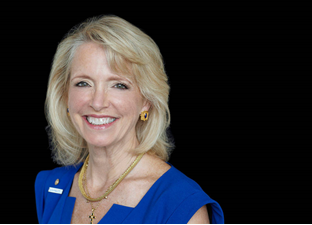 Mission to attract the best and brightest to shipping

The International Maritime Organization (IMO) has just notified Carleen Lyden Walker, Co-Founder/Executive Director of NAMEPA (North American Marine Environment Protection Association) that the United States Government has reappointed her as an IMO Goodwill Maritime Ambassador. Ms. Walker has been serving in this capacity at the recommendation of the US Coast Guard since 2016. The purpose of the IMO Goodwill Ambassadors is to promote the maritime industry as a career opportunity for students and young people as they consider their futures.
“I am again honored that the United States Coast Guard has for the third time recommended I represent the United States as an IMO Goodwill Maritime Ambassador” stated Ms. Walker. “The work that Goodwill Ambassadors do to educate the public about the value proposition of the shipping industry, and recruit new members to it, is invaluable for our sustainability as a planet. It is well known that we have a mariner shortage—we Ambassadors are doing what we can to ease that shortage.”
Ambassadors are appointed to two-year terms which are renewed if the terms of reference are met. These terms include outreach to the public, particularly young people, on career pathways, promoting the World Maritime Day themes and the Day of the Seafarer. Under her role with NAMEPA, Ms. Walker has worked with the USCG to create an annual art contest featuring the World Maritime Day theme which is turned into a calendar for distribution and promoted education about the industry and protecting the marine environment for K-12 students and educators. Further, she hosts the Maritime Primary and Secondary Education Coalition, which connects maritime institutions with industry, as well as help orchestrate the “Heroes at Sea” tribute to mariners to coincide with the Day of the Seafarer.
“I am proud of our industry and its role as the ‘engine’ of global trade’ asserted Ms. Walker. “To be appointed by the United States Coast Guard to represent our country as an IMO Goodwill Maritime Ambassador, and to support the efforts of the IMO and the USCG to encourage others to join our noble industry, is a privilege.”